This is the 5th of 10 monsters I am creating. This here is a camel spider, or solifugae, monster. See wireframe and wireframe comparison below.

Because these are game characters, I’ve paid special attention to retopography as always, and the breakthrough with these characters is the fact that they are completely built in Zbrush, and imported into Blender 3d only for rigging and animation.

If you are not acquainted with insects, this Camel Spider is different than the actual insect in a few ways.

The body on this one is more roach-like. The frontal-legs have stingers (not like the real insect). The actual insect has much more subsurface scattering, whereas this insect is fairly solid (being larger, and a monster). There are other differences as well. 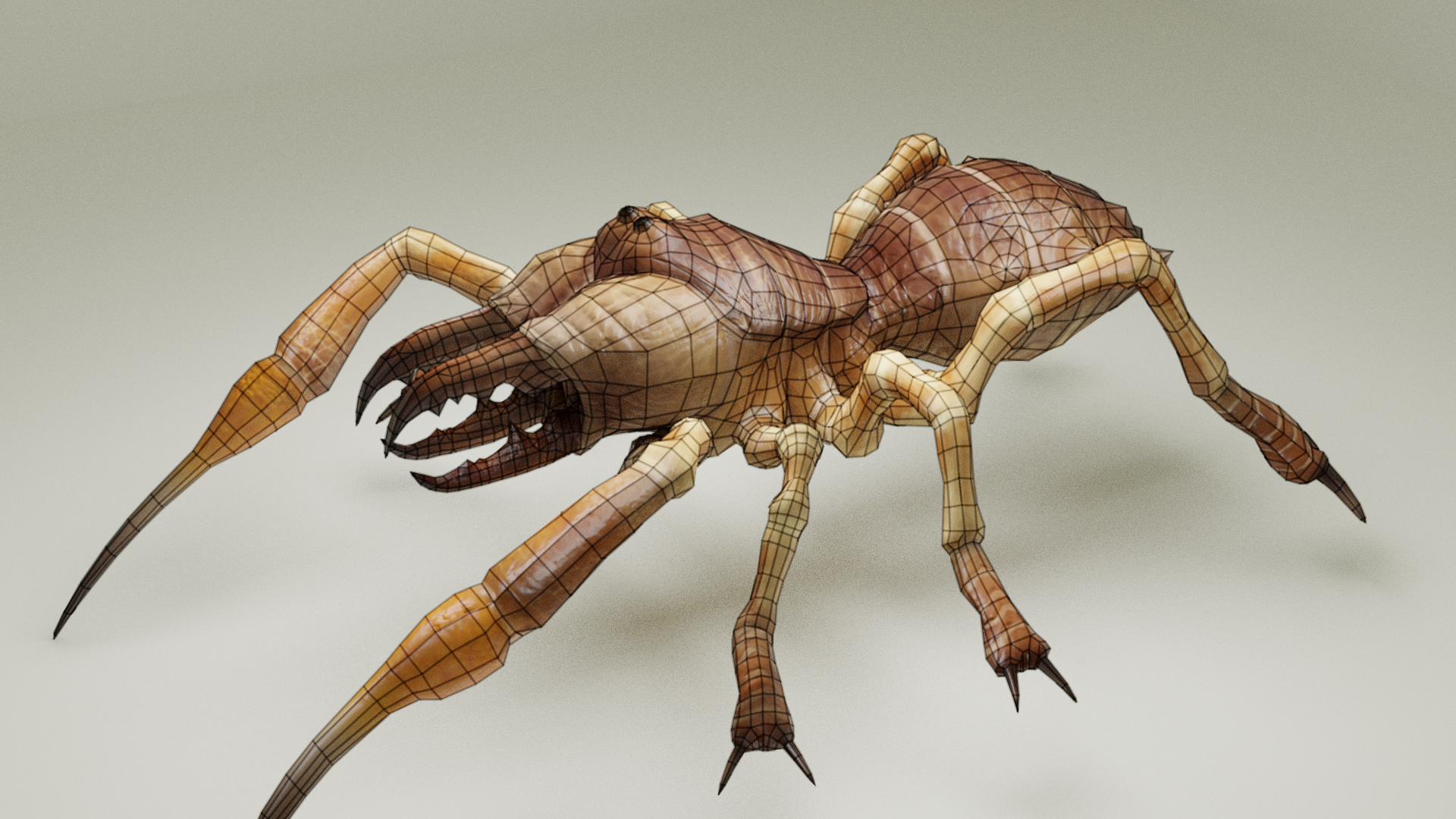 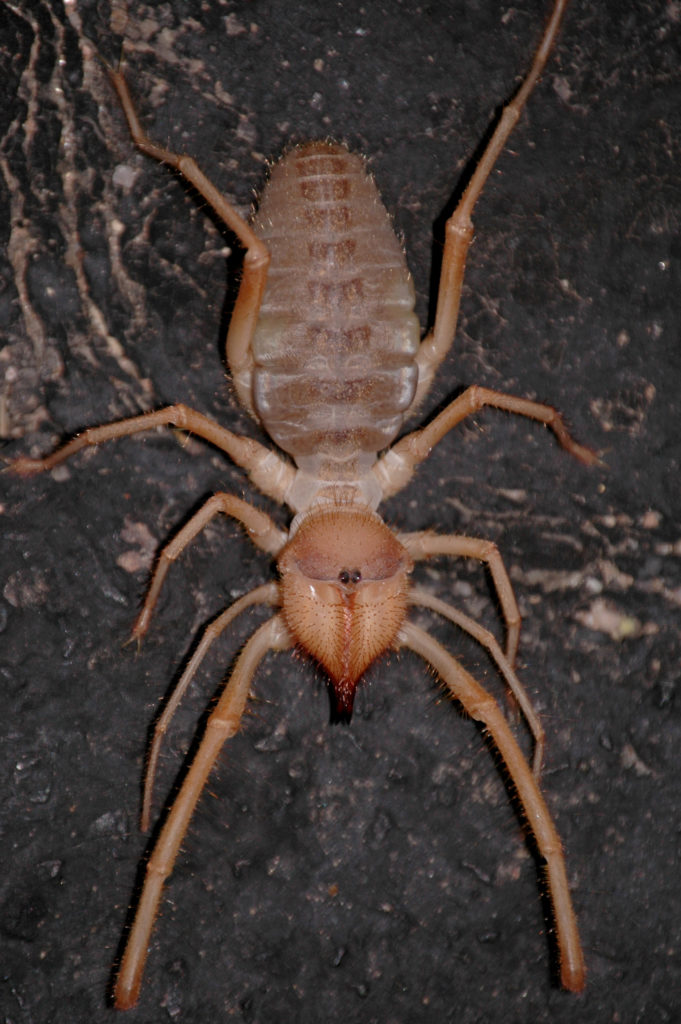 About the Author: Leo